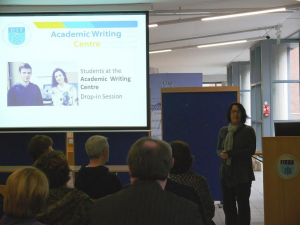 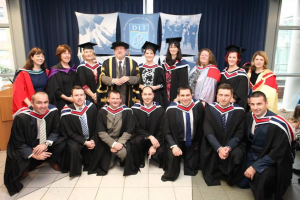 The Dublin Institute of Technology (DIT) is now one of Ireland’s largest and most innovative university-level institutions. There are 20,000 students registered in DIT (nearly 20% of the student body comes from outside Ireland), and over 2000 members of staff. http://www.dit.ie/about/profile/

Since the early 1990s, there has been an obvious trend in faculty professional development which emerged as a formal activity in most third level institutions in the UK, Australasia the US, and in turn, Ireland. This led to the inception of centres for (faculty) academic development, including the Learning, Teaching and Technology Centre (LTTC) at (DIT) in Ireland in 1999. A year later, the LTTC began to offer its accredited academic development programmes and short courses for academics within and externally to the Institute. Academics have a range of qualifications to choose from within the LTTC, and the focus of this AWP initiative for the web portal is a 10 ECT[1] module offered as part of a Masters in Higher Education, or can be taken as a standalone CP module.

The University of Limerick (Ireland)

In April 2007, Ireland’s first Regional Writing Centre at the University of Limerick was launched. This chapter outlines the various international, European, national, regional, and institutional winds to which the growing Centre responded. Trailing UL’s Regional Writing Centre through its path from inception to fruition, the profile reveals the influences that have shaped its ethos, guided its development and served to sustain it. Furthermore, the profile outlines the Centre’s variegated approach for achieving what it hopes to be a more systematic approach to undergraduate, postgraduate, and professional writing development at UL and the region.